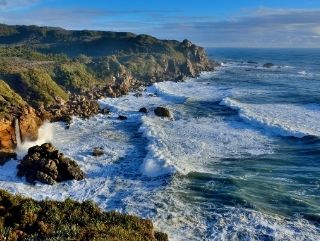 Cruise over the Nile River suspension bridge, gently working up through lush bush until you reach Rotten Row in the Historic gold mining town of Charleston. The alluring scenery in this area includes verdant coastal forest, towering limestone cliffs, canyons, ana (caves), and underground streams. This coastline is a breeding area for the Little Blue Penguin (Kororā), the world’s smallest at just over 25 cm and weighing 1 kg.

In the days of the gold rush, supply routes were critical. Knowing the importance of reliability, Charleston settlers funded the construction of a bridge on the Waitakere (Nile River). The rough log bridge was open to traffic from 1867 with a one shilling per person toll imposed. The bridge lasted three years before it was damaged by the pressure of driftwood brought down by floodwaters, and closed in 1870.

A second bridge also of wood-pile design lasted slightly longer but was also washed out in 1874. The third Nile River suspension bridge subsequently opened in 1875 and served traffic for 65 years. The abutments of this bridge have been used for the new bridge which stands today, following an archaeological assessment and approved by Heritage New Zealand Pouhere Taonga.

As with many of the West Coast’s ports, entering Constant Bay was dangerous, with its shallow tidal waters, sand bar, narrow passage and rocky cliffs. In a period of 13 years there were eight wrecks, four of which were totally lost with all hands. The Shepherdess, a schooner of 27 tonnes was the last vessel to enter the Bay. In September 1879 she was wrecked by heavy Tasman Sea rollers which carried away her moorings, causing her to drift ashore.

This coastline is also a breeding area for the Little Blue Penguin (Kororā). This protected native species are the world’s smallest Penguin at just over 25 cm and weighing 1 kg. Kororā are very faithful to their home site, generally returning to within metres of where they were born to set up their own nests, and never move away. 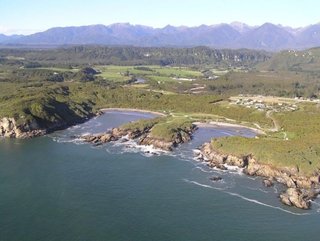 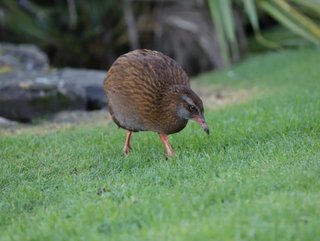 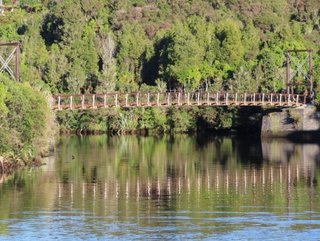