Tales from the Trail
The Nile River Bridge Opens

A second suspension bridge for the Kawatiri Coastal Trail

For safety, The Nile (Waitakere) River Suspension Bridge was opened at a private ceremony on 14 June. Marilyn Berendt and Stu Henley were the first (mātua) to cross the Bridge.

Marilyn took along a photograph of her Mother on the original bridge, sharing stories about how her Mum would pick icicles there on the way to school, which she’d use for a drink or sword fight.

Charleston settlers funded the construction of the original log bridge which opened to traffic from 1867. It lasted three years before it was damaged by floodwaters, with a second bridge also washed out in 1874.

The third Nile River suspension bridge opened in 1875, serving traffic for 65 years. The abutments of this bridge have been used for the new structure which stands today.

The spectacular bridge is thanks to $355,000 of funding from Waka Kotahi New Zealand Transport Agency, managed by Buller District Council, and built by the team at Abseil Access. Construction of the Trail from the bridge to the Charleston township is due to start late July. 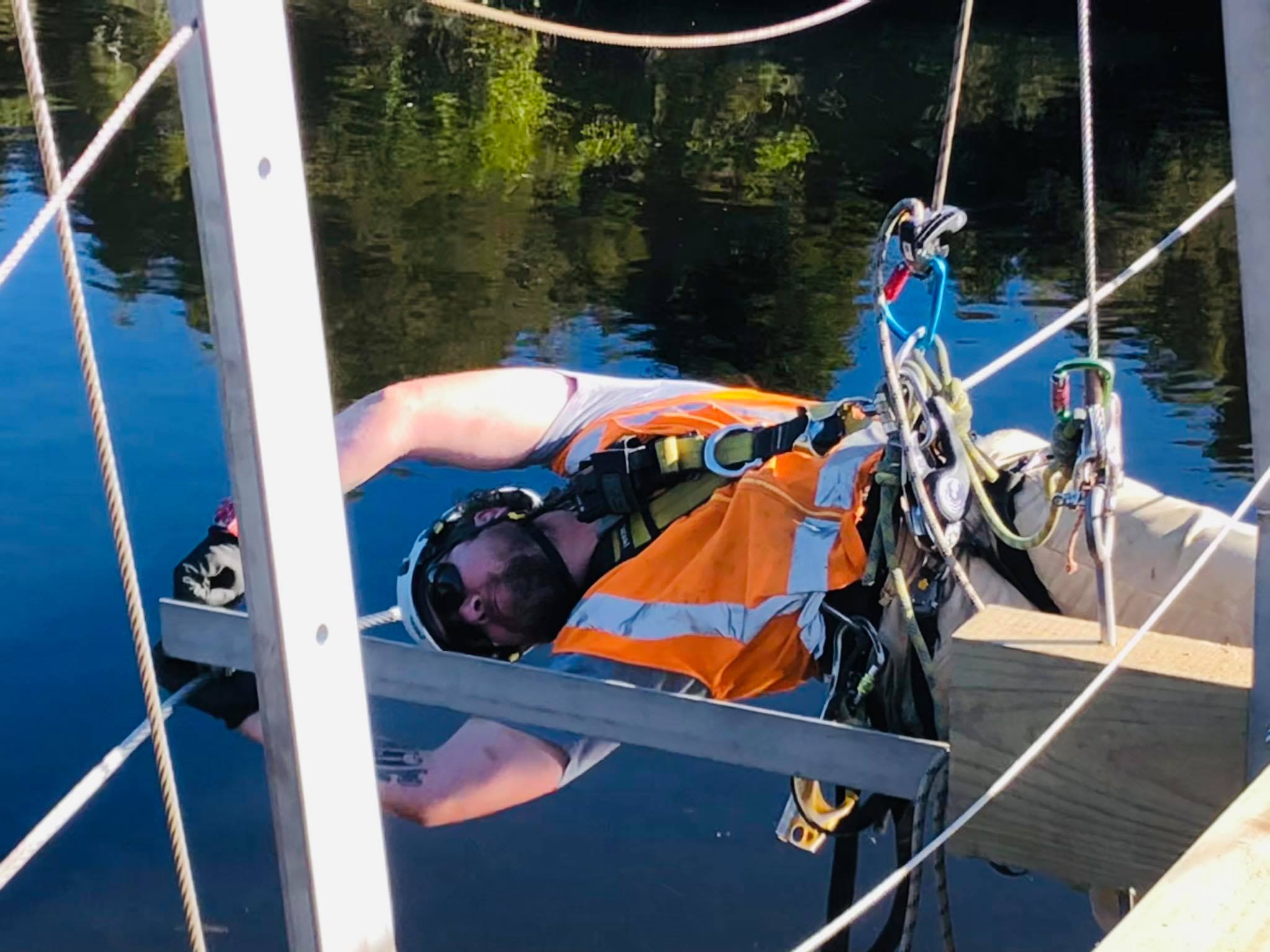 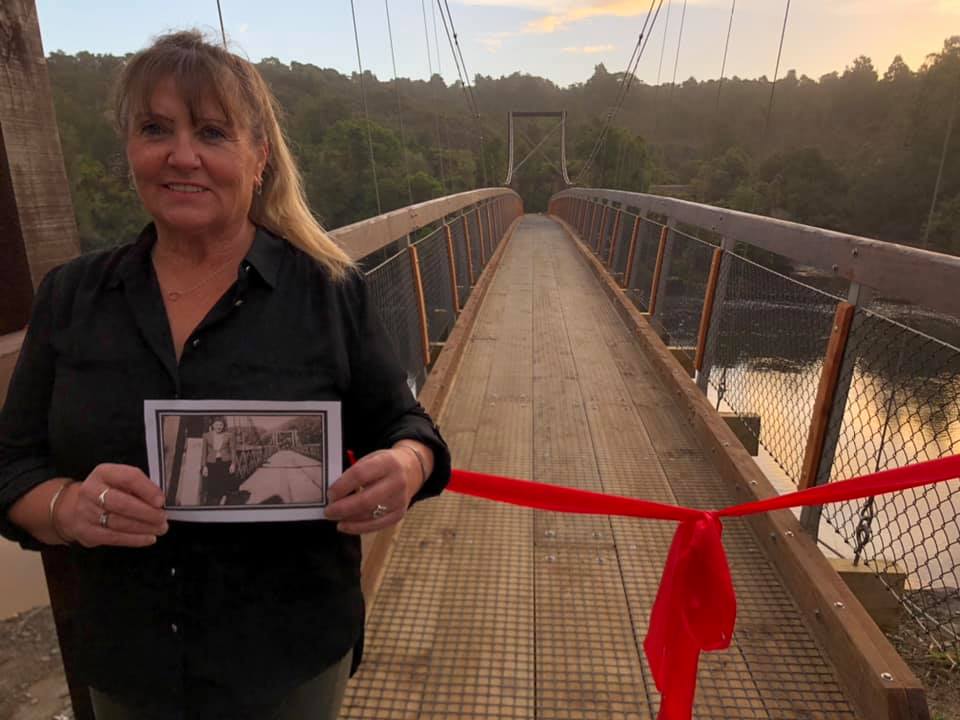