Tales from the Trail
A Thank You To Our Pūwaha Sponsors

The overarching vision for the Kawatiri Coastal Trail has been to link and engage communities and catalyse economic, social and cultural opportunities in the Buller District. Support for the project has been strong from its inception, and this is evident from the ever growing number of contributors.

Work to date could not have been undertaken without the dedication and commitment of many volunteers, young and old. This combined with an estimated 100 jobs created in support of the Trail over the coming 10 years, affirms the meritorious nature of the project and the many benefits it offers our local communities.

Sponsors for the Underpass

To bolster funding received for full construction of the Trail by the Ministry of Business, Innovation and Employment, Sponsorship was sought to further enhance two sites on the Pūwaha Section.

For the Underpass, Sponsorship was received from Mitre 10 Westport for paint in conjunction with Valspar NZ. Mitre 10 Westport have supported the Kawatiri Coastal Trail group on many aspects of the project, through their desire to see the town thrive, and the Trail become an asset to the community.

Mitre 10 Westport Director, Troy Scanlon considered the tracks and trails as really important to the District, and so this Sponsorship follows on from the support they have given the Old Ghost Road and Kawatiri River Trails.

ESL (Electro Services Ltd) similarly contributed towards the cost of painting the mural on the Underpass walls. ESL is a community owned business that like to support events and initiatives that support and grow the Buller community, and wanted to do what they could to help support it.

Claire Rye finalised the concepts and design layout, which was sketched on site by Claire, some of the artists and youth as painting commenced. Iwi were also involved, with Mahana Coulston from Ngāti Waewae offering advice as to how the kowhaiwhai patterns of Ngāti Waewae and Ngāti Apa could be used in the project.

Additional thanks are extended to Buller District Council’s Community Led Revitalisation Fund which contributed towards spray paints and travel expenses. The youth of the Kawaitiri including Buller REAP, Steven Woodcock and his team for preparation on the underpass. Keron Gold and Craig Neill for attending to equipment undercoats and seals. Harakeke Homestay for hosting Claire Rye. Also Ngati Waewae and Ngati Apa Ki Te Rā Tō for their contribution working with Mahana Coulston. Westport North School, Granity School, St Canices School and Westport South Schools also involved with the painting.

The second site to receive Sponsorship was the Buller Bridge Trail Head. Here, Buller Electricity contributed to the removal of two major power line pole structures. Existing poles were within 3 metres of the new Shelter and Toilet structures.

For safety reasons and aesthetic considerations it was agreed the high voltage switchgear would be buried, extending cables that supply power South of the Buller Bridge through to Meybille Bay, including Carters Beach and Cape Foulwind.

The total cost for the project was $70,000, of which Kawatiri Coastal Trail contributed $30,000. The work took around two weeks to complete, and involved one major power outage of 7 hours for all consumers South of the Buller Bridge.

Additional sponsorship was received from West-Track and South Peak Homes. Whilst not directly involved in the construction of the project, with more people coming to the region Westport will require additional accommodation and housing which as a business South Peak Homes provide.

The team wanted to support a positive, proactive community project that all age groups can benefit from, and show off our amazing rivers and beautiful coastline to visitors and tourists.

It’s already clear to see the Kawatiri Coastal Trail is on track to become one of the West Coast’s most loved cycling and walking trails. Its construction opening up a whole new journey along the coastline, where locals will enjoy learning about places that have previously been hard to find or inaccessible. 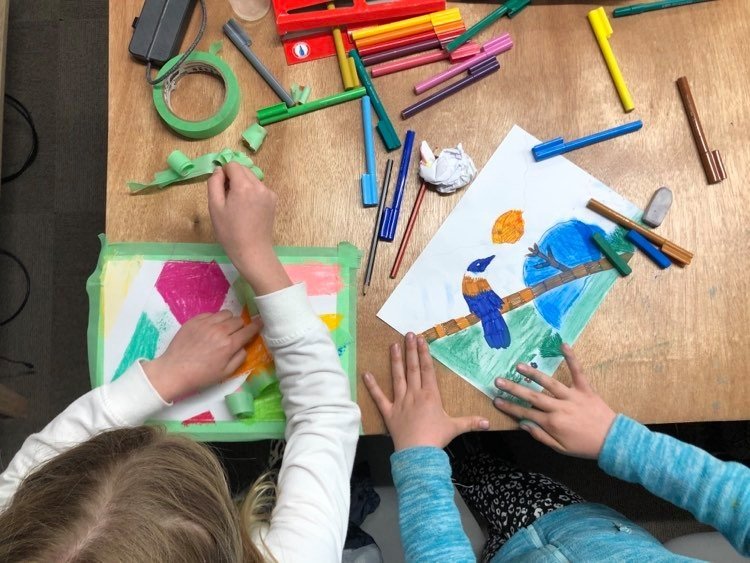 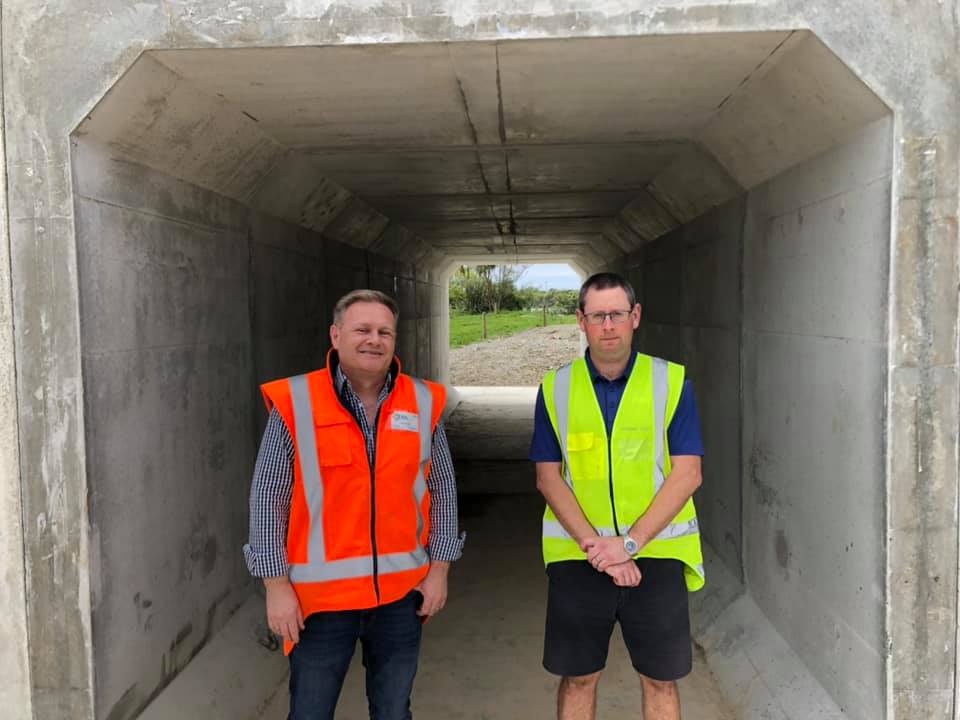 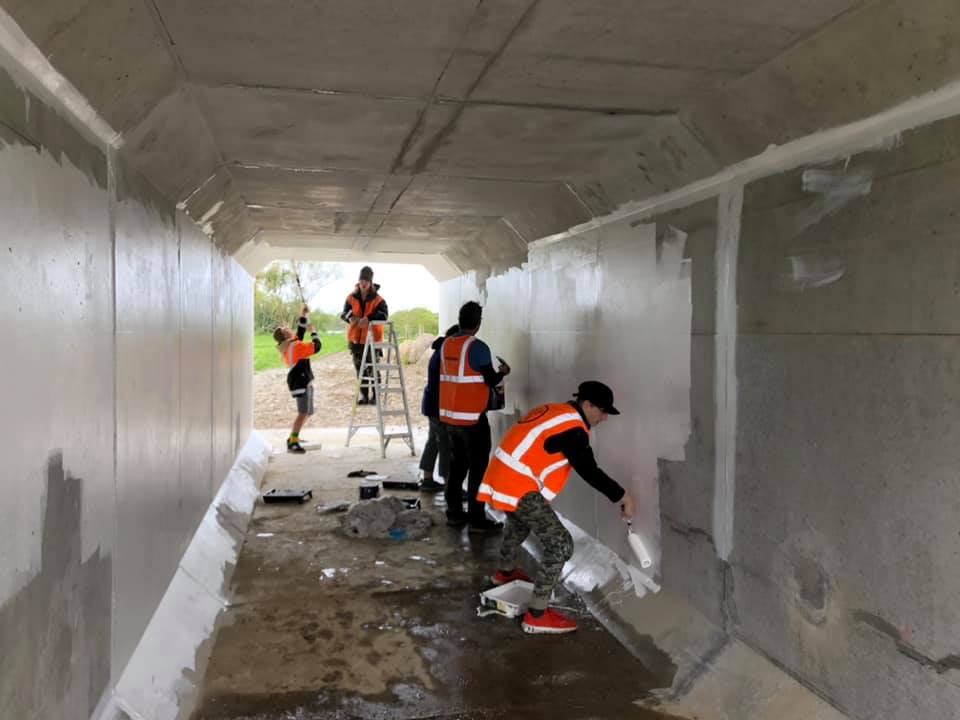